What is the LUDVISION project?

Ludwigia peploides is a species natural to South America that invades rivers, ponds, and rice fields. It can grow in deep waters, as a fully or partially submerged plant, and form floating mantles. When this happens, it prevents the entry of light affecting submerged species and blocking the water lines, affecting navigation, fishing, and recreational use. It competes for space by eliminating native species and producing substances that inhibit the germination and growth of other species.

The data was captured at Reservoir of the Toulica Dam (Zebreira, Portugal), located in the hydrographic basin of the Aravil river, a tributary of the Tagus. The dataset consists of 962 images, captured at a wide range of heights, atmospheric and weather conditions, and in multiple seasons. The images were captured with a DJI Multispectral 4 drone, which has a six sensor camera (Red, Green, Blue, Red Edge and Near Infrared, plus a regular RGB sensor). The additional sensors allowed us to generate images with two additional bands (compared to RGB), which translates to more information per image for training the model. We generated the spectral signature of the target species, by extracting the reflectance values of the bands. In the spectral signature, it’s clear that the two extra bands add valuable and meaningful information that the model can utilize during training. 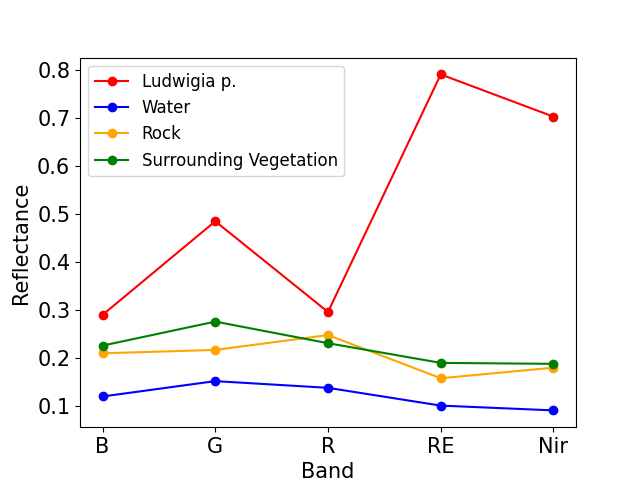 An existing state-of-the-art model was heavily modified to better suit the project’s scope. The modified model is able to detect Ludwigia peploides with an accuracy up to 95.5% in a wide range of altitudes, and it is tolerant to variability in both atmospheric and light conditions. 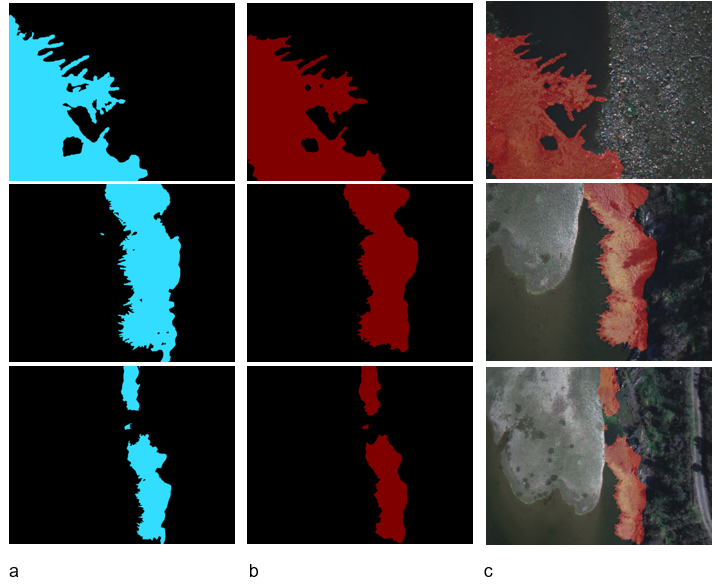 The project was utilized with success in real applications by the municipality of Idanha-a-Nova. A drone flight was performed at the Toulica Dam, and the captured images were processed by the model. The model outputs the images where Ludwigia p. was detected, as well as the respective coordinates that are extracted from the flagged images. With the help of our model, a task-force was able to detect the places in the Toulica Dam where the species was present, and proceed with their respective removal. 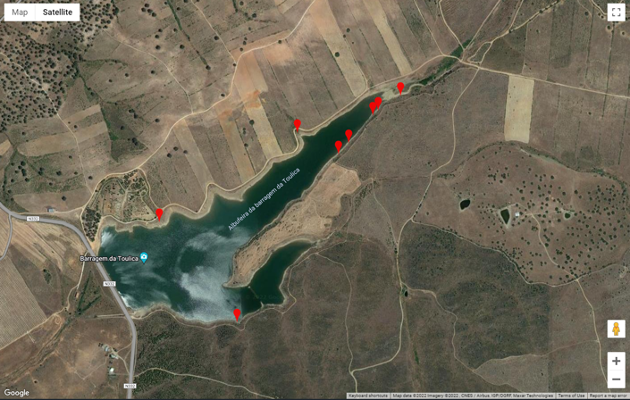 This project was developed in partnership with UBI (Universidade da Beira Interior) and co-funded by NOVA LINCS (UIDB/04516/2020) with the financial support of FCT – Fundação para a Ciência e a Tecnologia, through portuguese national funds.

We are pleased to point out that an article has been written about the LudVision project, and submitted to an important scientific journal, where it’s currently awaiting for review.

You can find out more about which cookies we are using or switch them off in settings.

This website uses cookies so that we can provide you with the best user experience possible. Cookie information is stored in your browser and performs functions such as recognising you when you return to our website and helping our team to understand which sections of the website you find most interesting and useful.

Strictly Necessary Cookie should be enabled at all times so that we can save your preferences for cookie settings.

If you disable this cookie, we will not be able to save your preferences. This means that every time you visit this website you will need to enable or disable cookies again.